A happy new year to you all! I'm writing this in the midst of a big freeze as the news stations are insisting on calling it - The only problems I've got is the sheet ice preventing me moving my car (nothing some grit won't solve), and urchins throwing snowballs!

Over Christmas I made a mistake, and took part time night work at Sainsbury's. This was a mistake because working in the night proved to be able to drive me insane. I don't mind hard work, but hard work which goes unappreciated and accompanied by a system of bullying is enough to really drive me nuts.

But enough about that. Christmas was great with some interesting presents (you'll see one of them in a moment), and for once was white. Before Christmas I may have mentioned I was on work experience... I was logging rushes for a company called Boomerang, and their programme called "Children of Prisoners". It's on from Feburary 10th, and I should be very grateful if you watch the series, and look out for a familiar name on the credits. I've still got some work to do on that, so once again, watch this space.

Now, there's snow around, so that means it's time for the timelapse experiments again... Attempt one was set up in the hope of snow, and is 24 hours around here, Unfortunately, Autofocus in the dark is not a good idea...

Then snow finally turned up - right when I wasn't expecting it to - so turn on the timelapse camera quick! Caught 12 hours of snow melting.


There's a third part to this, and I'll show you that later. 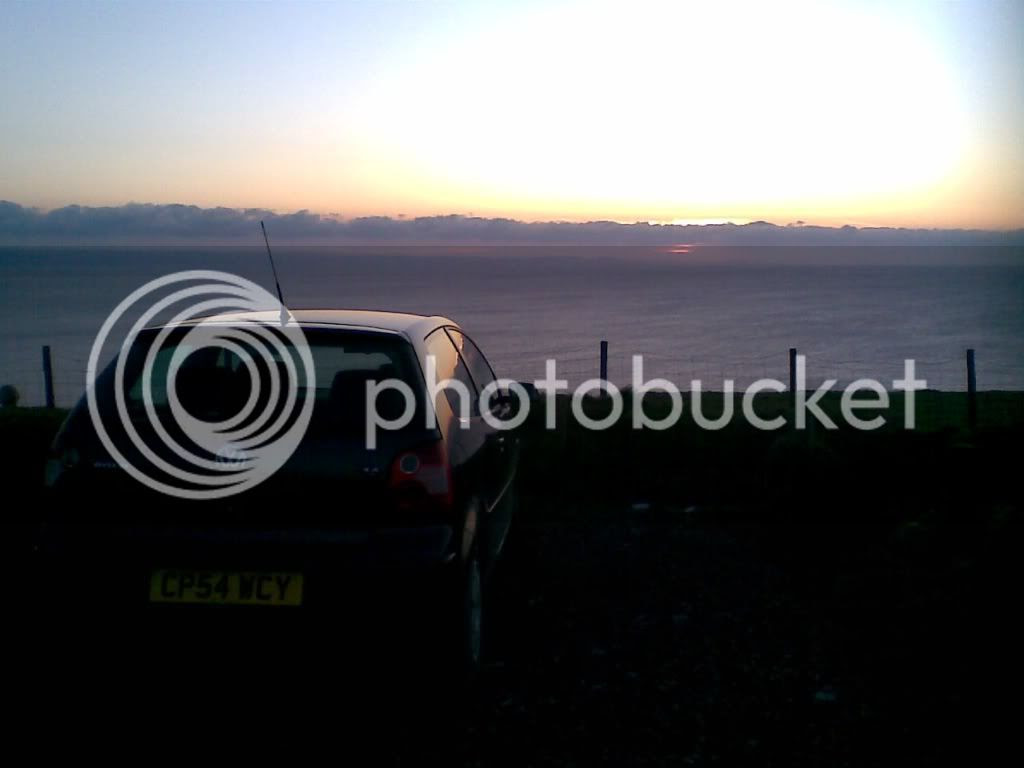 So, to 2010. One of my Christmas presents was a new car - a VW Polo to replace my reliable, but aging Peugeot 106. I took it down to Southerndown (bad wolf bay, for you Dr Who fanatics) for some pictures and to enjoy the drive and mangaged to get this shot of the sunset. I wonder where these wheels will take me over the next year, and are there better times over that horizon*? We'll see

*actually over that horizon is Devon.